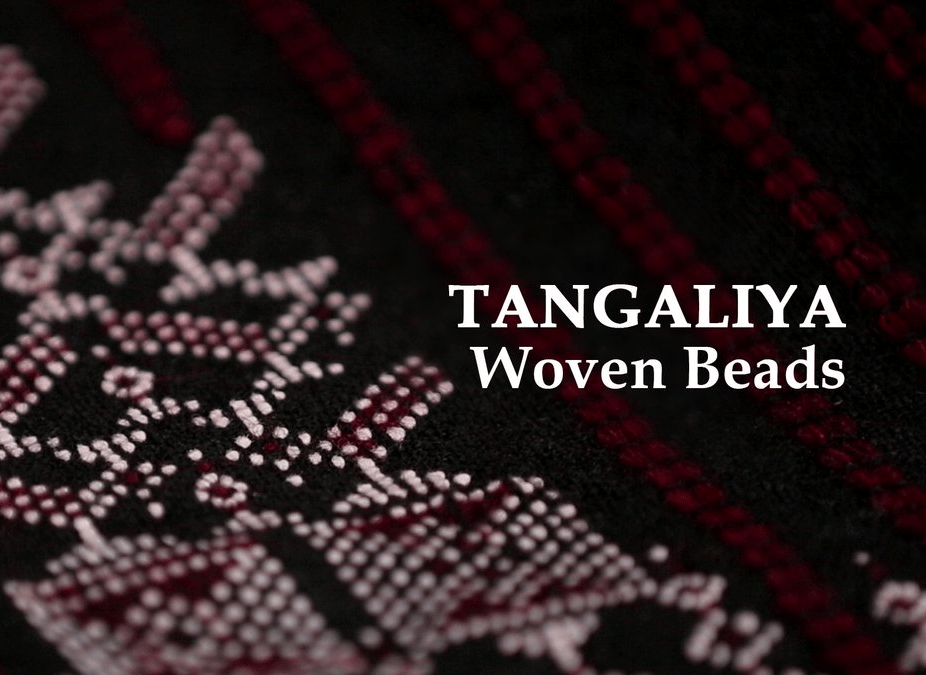 Tangaliya is a 700-year-old traditional hand-weaving technique that was developed by the Dangasia Schedule Caste community in Gujarat, India. The Tangaliya connoisseurs have spread across the world, from the USA to Japan.

This extraordinary textile was originally worn by men as shawls while out shepherding and wrap-around skirts by women of the Bharwad shepherd community in the Wankaner, Amreli, Dehgam, Surendranagar, Joravarnagar, Botad, Bhavnagar, and Kutch area.

Weavers embellish this textile by designing various geometric shapes around the dots. Various Tangaliya designs are inspired by nature, such as trees, animals, and birds, and especially peacocks. The patterns in Tangaliya weaving appear identical on both sides of the fabric.

The whole process of producing a Tangaliya cloth is done largely manually. One of our master craftsmen and dedicated Tangaliya weaver, Jaha Bhai Rathod has mastered the technique. Tangaliya weavers like Jaha Bhai have skilled dexterity of hand and an eye for accuracy that helps create this intricate textile.

Traditional Tangaliya follow a certain color palette that is black base with white dots and red borders. Later, with the application of different kinds of yarn, which gave an extensive color range, weavers and clients got an opportunity to play with a variety of compositions.

In 2005, less than 10 families were practicing the art. Today, there are more than 100 families in 26 villages in the district, keeping alive the 700-year-old craft.

The Ultimate Guide to creating a more Sustainable Closet

We at Thousand Folds want to make a difference by making choices that are environment friendly and people friendly.